I have worked in the retail trading and investing industry my entire career. Retail investors are often called the “dumb money” by a certain class of people who seem to perceive themselves as elite, or above everyone else. Listen, I have seen some really wild and dumb things in the industry that not even Johnny Knoxville in his prime could do. None of that, however, has me overlooking the simple fact that there are also some really smart retail investors and traders out there who are working their hardest.

Here’s a chart that I tweeted a few weeks ago. It shows the number of Robinhood holders for airline stocks like Delta and America Airlines. As you can see, the total number of holders has been spiking across the board:

Now let’s look at a headline from the other month.

In the screenshot below, you’ll see a story from Marketwatch about Buffett and how he’s been selling his airlines throughout the year:

When you put these two pictures together, what you see is that the retail crowd on Robinhood bought what Buffett was selling. I have to write it again, it is that historic. As Buffett was selling airlines the entire way down, a certain group of people on Robinhood were buying. In other words, retail investors bought Buffett’s bags.

I personally am not sure who I think will win in this battle. I’ve never owned an airline stock in my life. Why? I’ve never really enjoyed flying and I try not to buy things I don’t enjoy. Nonetheless, I find this real-time trade between Buffett and millennial gamers playing Xbox fascinating. Robinhood is the leader in commission-free trading. I mean, they started it. The memes, commentary, and jokes about Robinhood have been non-stop over the years. I don’t use it, but am well aware of it and tip my hat to what they’ve created. 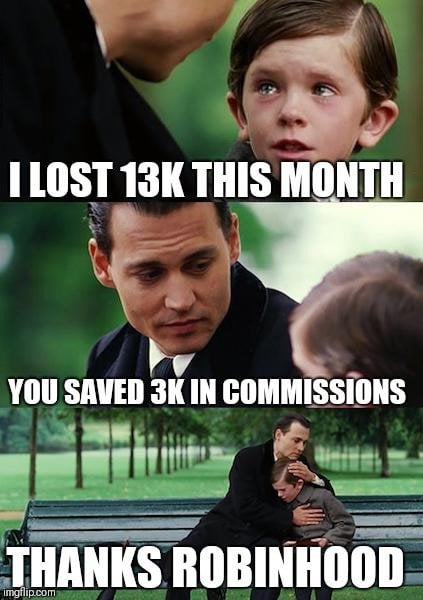 In financial markets, it is very easy to get ahead of yourself.

It is even easier to celebrate a quick win and think you’ve made it.

You bought something, and now it’s going straight up. It’s champagne and lambo time! It may feel that easy in the moment, but rarely is it that easy. What I am trying to convey is that this trade between old Buffett and hipster millennials is far from over and I’ve never seen anything like it. We will find out the winner in the coming months, possibly longer, over the next year or two. It is the greatest trading battle I have witnessed in my 10+ years in markets.